Can a man who rose from a Milton Keynes council estate to a World Cup and a Champions League final be deemed a failure?

Dele Alli has moved to Besiktas on loan, where he remains in a critical condition. The Everton midfielder was airlifted to Istanbul on Wednesday night, where he is expected to play in the Turkish Super Lig, a disease widely believed to be incurable. Naturally, everyone at the Guardian sends their best wishes to Dele at this difficult time.

OK, but seriously for a minute. How should we think about this? Perhaps the most natural reaction has been to conceive of Alli’s career in terms of loss. On one hand there is a wistful sadness for the player we all assume he could have been: the wonder goals not scored, the trophies not won, the cheeky nutmegs not executed. “Now he’s gone to Turkish football,” the Sky pundit Paul Merson lamented, “we’re never going to see him ever again.”

Ukrainian Flags Are on Display All Over Maine. Why? 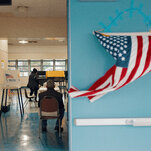 How a G.O.P. Wave Became a Ripple

November 9, 2022
What to know for NFL Week 8: Score picks, bold predictions, fantasy tips, key stats for every game www.espn.com – TOP
UK economy ‘to be worst hit’ of all G7 nations
All you need to know about most divisive vote in Brazil’s history
Sources: Benzema (thigh) could miss World Cup www.espn.com – TOP