When is She-Hulk: Attorney at Law episode 3 being released? We suspect you’ve asked yourself that question for a few days now. Luckily for you, we’re here to provide you with an answer.

Below, we’ll explain when She-Hulk episode 3 will smash its way onto Disney Plus. Additionally, we’ll run you through a full release schedule for the MCU Phase 4 TV show, which will only be a third of the way through its nine-episode run once its third episode is released. We know, we’re shocked that a Marvel Disney Plus series is going to run for more than six episodes, too!

Before you dive in, be sure to check out our latest coverage concerning She-Hulk: Attorney at Law. Read up on how the show’s second episode might have secretly set up Marvel Studios’ Thunderbolts movie, or find out more about She-Hulk episode 2’s very relatable post-credits stinger.

Ready to proceed? Great, here’s when She-Hulk episode 3 will launch on Disney Plus.

When is She-Hulk episode 3 coming to Disney Plus?

For those of you who live in the US, that means you’re in for a late night or very early start. That’s as long as you decide to watch the show’s latest entry as soon as it drop, anyway. Meanwhile, UK viewers should be able to catch it before work or school (if you’re returning to school after the summer holidays on this date).

Over in India, Marvel fans will be able to stream She-Hulk’s third episode on their lunch break. Finally, Australian audiences can catch it as soon as their work shift finishes (if you work a traditional 9 to 5 job), or wait until you’re home to stream it.

She-Hulk episode 3 will be a bit longer, runtime wise, than the second episode was. It’ll run for 35 minutes – credits and mid-credits scene included.

We feel your pain, Jennifer. (Image credit: Marvel Studios/Disney Plus)

Want to know when every episode of She-Hulk: Attorney at Law will launch on Disney Plus? Read on for a full release date schedule:

For more MCU-based content, read our Marvel movies in order guide for a complete rundown of the MCU’s messy timeline. Alternatively, find out which movies and TV shows will form part of the Marvel Phase 5 slate, or check out our Black Panther: Wakanda Forever hub. 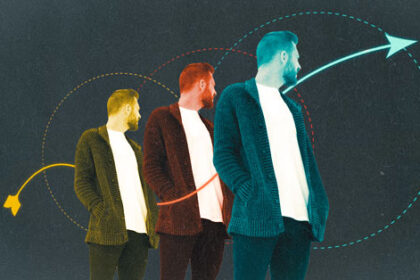