The recently launched Samsung Galaxy Z Fold 4 is evidence that Samsung likes to innovate and experiment with its smartphones, and based on a patent filing that has just been registered by the company, even more ambitious handsets are on the way.

Contents
This could actually be usefulAnalysis: smartphone innovation isn’t dead yet

According to the patent application (via XDA Developers and SamMobile), Samsung is exploring the viability of a phone with displays on the front and the back – and if that’s not unusual enough for you, the rear display would also be transparent.

Seasoned TechRadar readers will remember that Samsung has been linked with transparent phone displays before, as well as screens that expand and contract through a rolling mechanism. This filing looks to involve some of the same technology.

This could actually be useful

When we say transparent display, you wouldn’t be able to see through the phone – but you would get a phone that can show text and images on the back, even while it looks like it has a normal rear casing (with the manufacturer logo and so on).

One way to think about it is as an always-on display for the back of the phone. It could be deployed to show notifications for example, or updates from a particular social media feed. You might be able to see who’s calling or what the weather is going to be like today, even while your phone is face down on a surface.

The usual caveats with patent applications apply: these filings don’t guarantee the existence of any products, either now or in the future. However, they do show ideas that companies are exploring, and which they may decide to incorporate into actual devices.

We’ve heard plenty of comments in recent years about how there’s a lack of innovation in the smartphone market – and there are, after all, only so many ways that you can design a slab of glass and metal and plastic with a display attached to the front.

However, phone makers continue to push the boundaries in terms of what’s possible. The Samsung Galaxy Z Flip 4 is just one example, with a folding main display and a smaller secondary display that can keep you up to date with your notifications.

As this new Samsung patent shows, more is on the way: perhaps transparent handsets similar to those seen in the fourth season of Westworld. We have phones that fold, phones that roll, and display technology continues to get more flexible.

If anyone can pull off a phone with a transparent display, it’s Samsung. The company leads the way when it comes to foldable phones – it seems like that Apple and Google will follow – and Samsung has also worked on transparent TV technology in the past.

Google is preparing its own foldable smartphone too 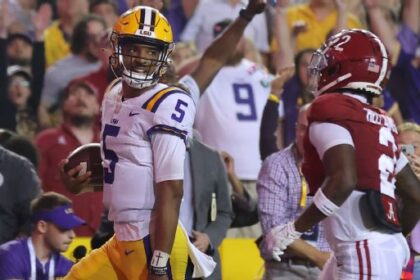 November 6, 2022
Ukraine-Russia: The Weight of War
Exhibitions giant NEC Group eyes swoop on stricken Wasps’ stadium
No, you’re not having an identity crisis – there could be strangers in your iCloud photos
New movies 2022: what to watch in theaters this year – and which films are streaming