Nvidia’s RTX 4070 GPU may not be quite as powerful as we’ve been hearing recently on the rumor mill, with Team Green apparently still not having finalized some key specs – and we’re talking the CUDA Core count here, as well as the amount of video memory.

The latest update from prolific Twitter-based leaker Kopite7kimi gives us two different possible specs for the RTX 4070 graphics card (apply your own seasoning, and don’t be stingy on that front, either).

The other option which Nvidia could run with cuts the number of CUDA Cores to 7,168 and the VRAM down to 10GB, with power consumption set at a less demanding 250W.

The difference between those two possible RTX 4070 GPUs could be that the former beefier card would be around 10% faster, at least going by Kopite7kimi’s predictions for a 3DMark result (Time Spy Extreme benchmark).

Analysis: Nvidia is engaged in more than one careful balancing act?

Keen rumor watchers will doubtless recall that the lesser of the specs mentioned above is an older configuration that was aired on the grapevine some time back. Since then, Kopite7kimi changed tune on the RTX 4070 and asserted that it would be like the more powerful configuration mentioned above, with 12GB of VRAM and 7,680 cores; the only difference between that previous leak and this new one is that the power usage has apparently been tweaked to 285W (rather than 300W).

So, that’s good news if Nvidia does indeed run with the beefier possibility in the above tweet, but a disappointing step back to previous speculation if the lesser spec turns out to be the chosen route. There have long been worries over the RTX 4070 having just 10GB of VRAM, with many feeling that this is very much short-changing the card – so there was plenty of relief when chatter from the rumor mill turned to a 12GB loadout. But now we’ve had a cloud of doubt cast over that.

Is Nvidia still mulling over whether 12GB should be saved for the RTX 4070 Ti? And indeed could looking at the lesser spec option Kopite7kimi provides be about considering the overall alignment of the Lovelace GPU range, and ensuring the RTX 4070 slots in and makes sense compared to the RTX 4080. After all, we’ve wondered ourselves whether that rumored more powerful RTX 4070 is going to take sales away from the 4080 (and its larger profit margin), and presumably Nvidia will want to tread carefully there.

All of this assumes Kopite7kimi is correct, of course, and maybe the leaker could be off the mark. But assuming not, and that Nvidia is still effectively placing the Lovelace jigsaw pieces in place regarding where the various RTX 4000 models sit relative to each other spec-wise, this seems to suggest that the release of the RTX 4070 isn’t close to hand.

Another possibility which has come through from the grapevine is that Nvidia may launch the RTX 4090 in October, and rather than the RTX 4080 and 4070 following within a month (or two), they could be delayed until 2023. (In order to facilitate the shifting of excess RTX 3000 GPU stock, which otherwise won’t be sold if next-gen cards are out or imminent).

If Team Green still hasn’t decided on the exact specs of the RTX 4070 as suggested, this does seem to point to the release timeframe perhaps being further out. Board partners will, of course, need a good deal of time and notice of the official configuration for these products to start designing their third-party graphics cards and considering cooling solutions and so forth.

There are two ways, then, that this latest rumor is a bit disappointing – it hints that the less powerful theorized spec could still be used for the RTX 4070, and that we may not be seeing this Lovelace graphics card for some time yet.

This cheap Bluetooth speaker may not be beautiful, but it’ll make your calls clearer 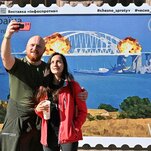 October 9, 2022
Tottenham v Newcastle: Premier League – live Football | The Guardian
Follow live: USMNT meet Iran with spot in the round of 16 on the line www.espn.com – TOP
Beauty Over Brains: Japan’s Skin-Deep University Pageants
US: Pilot lands plane after threatening to crash into Walmart