AMD announced a brand new event called “together we advance_PCs,” in which the company will unveil its next-generation tech and products. The event will feature prominent AMD executives like Chair and CEO Dr. Lisa Su and CTO Mark Papermaster, and will be held in person and livestreamed.

Contents
When is the AMD event?How to watch AMD’s Advance_PCs event Our AMD event predictions

As was predicted and then officially confirmed by the CEO, this presentation will be detailing the upcoming Zen 4 architecture, which is expected to power the brand new AMD Ryzen 7000 series, and there will also be more information on the new AM5 platform, built around the DDR5 and PCIe 5.0 technologies.

All in all, this is expected to be quite the event giving us more information on what will surely be some of the best processors around once the 7000 series launches, possibly as soon as the end of September, as well as other announcements on new tech.

As such, here’s the scoop on when the event is happening and how to watch it. We also have some predictions as to what we’ll expect to see during the livestream.

When is the AMD event?

AMD’s “together we advance_PCs” event takes place on Monday, August 29th and, unfortunately, it’s scheduled at pretty inconvenient times for many viewers (and not a few TechRadar writers), but don’t worry, we’ll still be covering it in person and remotely.

The main event will kick off at 4PM PST / 7PM EST / 12AM BST, so an extra apology to those living in the UK. Luckily we’ll have all the coverage you need right here so feel free to sleep tight and catch up with all the news in the morning.

If you can stay up, this event is sure to feature an interesting and impressive breath of new products, so it should be worth tuning in. Here’s how to watch the AMD event.

How to watch AMD’s Advance_PCs event

AMD will be streaming the full event on its official YouTube channel, making for easy viewing. However, as of now, it hasn’t uploaded the direct livestream link, so we’ve embedded AMD’s YouTube channel for your convenience, and we’ll update the feed with the event channel when it goes live.

Once AMD updates its channel and adds the direct streaming link, we’ll be sure to update with that video. We’ll also be liveblogging the event as it unfolds, so make sure to tune in to that as well.

A few hours after the show ends, AMD will have a full replay of the stream available on its official website.

AMD has been pretty clear about which products and new tech it’ll unveil during the event. We already know that the company will be showcasing the Zen 4 architecture powering the Ryzen 7000 series — with lots of speculation around the AMD Ryzen 9 7900X, Ryzen 9 7950X, Ryzen 7 7700X, and Ryzen 5 7600X models. Most likely, we’ll get a demonstration of what these processors are capable of in a variety of tasks including gaming.

It’s also been confirmed that we’ll see an unveiling of the AM5 platform built around DDR5, PCIe5, and other technologies. Since this particular tech is focused on desktop PCs, there might even be a demonstration of its capabilities.

The company might also talk more about its vertical chip stacking technology that allows AMD to “stack” cache memory on the processor die, creating additional L3 cache for boosted performance in gaming and server processes. This technology is at odds with Team Blue’s big.LITTLE architecture (Team Red even openly mocking it), so it would make sense for AMD to promote it more.

Here’s how ChatGPT could look as part of Microsoft Bing 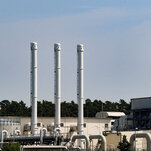