AMD and Nvidia are ready to further cut prices on their current-gen RX 6000 and RTX 3000 graphics cards, a new rumor insists.

As Wccftech spotted, this comes from MyDrivers which highlights a report by Taiwan Economic Daily, observing that both AMD and Nvidia are not getting rid of existing stock quick enough ahead of the launch of their respective next-gen products.

The report contends that graphics card manufacturers will embark on a fresh round of price cutting in September – following some already substantial reductions of late – and that during next month, those drops in price tags will ‘far exceed’ the kind of movements we’ve seen consistently in recent times.

This sounds like great news for gamers who are looking for a graphics card, but we must of course be skeptical about reports like these – even if there are good reasons why they might make sense, as we’ll explore next.

Analysis: A clear message seems to be coming from the grapevine

Regarding the likelihood of bigger price drops, certainly with Nvidia, we heard the company admit during its recent fiscal results that it did indeed make too many RTX 3000 GPUs, and that excess stock was a definite issue. On top of that, there’ve already been other sources in Asia who have indicated that more aggressive price cuts are coming at the end of August, for not just Nvidia but also AMD, and that all lines up with this new report.

Even if Nvidia does have a thorny problem with clearing existing inventory before next-gen GPUs arrive, there may be other solutions that could be brought into play, and that’s something the firm’s CEO hinted at during a recent earnings call. Possible alternative strategies include pushing current-gen GPUs to data centers instead, and layering the Ampere sell-off amidst the next-gen Lovelace launch.

In other words, we might see a more pronounced staggered launch of RTX 4000 graphics cards, so they come to market slower – maybe the RTX 4080 and 4070 won’t arrive until 2023, which is another rumor, following the RTX 4090 debuting in October 2022 in theory – allowing more time for RTX 3000 graphics cards to be sold off.

Those kinds of measures could help avoid what Nvidia and its graphics card making partners don’t want, which is a big panicky sell off where current-gen prices really drop like a stone (and profits shrink correspondingly).

But it’s increasingly looking like some major price slashing is indeed in the cards, and even if that discounting isn’t quite as deep or aggressive as this latest batch of rumors suggests, we’re still firmly betting on some impressive price drops for the near future. Particularly as other forces like the intensifying cost of living crisis and inflation exert further pressure on the wallets of consumers. 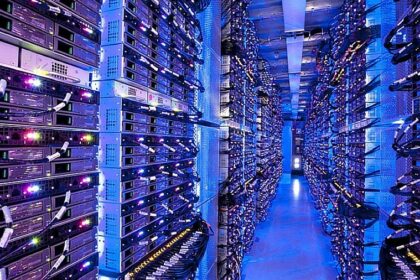 European cloud market is being dominated by three big players