Based on the latest from the rumor mill, we’re still going to get brand new iPad Pro tablets from Apple for 2022 – but the jump forward in specs and performance might not quite be as significant as it could have been.

Contents
Crunching the numbersAnalysis: what we think we know so far

The well known (and usually well informed) Apple analyst Ming-Chi Kuo says that the new iPad Pro models are going to go into the mass production stage in the last quarter of 2022 (so that’s October, November and December).

However, Kuo also states that Apple supplier TSMC isn’t going to have its 3nm chips ready before 2023, so the iPad Pro will be sticking with a 5nm chipset. That number is a size in nanometers, and the smaller it is, the more performance can be packed into a processor.

While Kuo says the iPad Pros will indeed be getting new chipsets inside – the current models currently run the M1 chip – they’ll stick to the current 5nm architecture. The recently launched M2 chip is a 5nm processor as well, and may well feature in the next iPad Pro tablets.

It’s a similar story for the refreshed MacBook Pro models we’re hoping to see before 2022 is out. Updated M2 Pro or M2 Max chipsets look set to launch at some point in 2023, and then after that we’ll have another wave of Apple computers to look forward to.

All of which means that while this year’s iPad Pros will be faster than last year’s, the performance jump won’t be quite as massive as a switch to 3nm would have been (see also the iPhone 15). Another improvement the drop to 3nm should bring is better battery life, as the chips should be significantly more efficient in terms of power draw.

Analysis: what we think we know so far

It was way back in April 2021 that the fifth generation iPad Pros were announced: the 11-inch iPad Pro 2021 and the 12.9-inch iPad Pro 2021. Since then there’s been a lot of rumor and speculation around what Apple might be planning as a follow up.

As mentioned in the article above, improved performance is to be expected – but it remains to be seen whether Apple will go with an upgraded M1 Pro or M1 Max processor, or the newer M2 processor. We might also see a bump in terms of the internal RAM and the internal storage options.

Aside from the core specs, it would appear that the connectors used to attach peripherals are changing as well, which might mean you have to go out and buy a whole new Magic Keyboard. We wouldn’t be surprised if Apple also introduced MagSafe charging technology to the iPad Pro line, as it has done with its iPhones.

There’s still some time to wait before this all gets revealed, however. While the iPhone 14 is set to be unveiled in September, most reports are saying that the iPad Pros won’t get shown off until October – when iPadOS 16 should finally be ready.

These are the best tablets you can buy right now 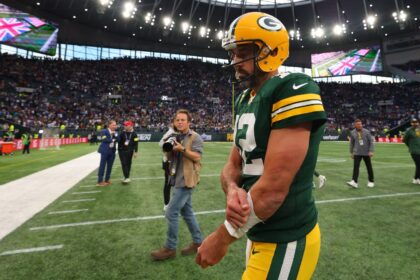