Once upon a time, the Marvel Cinematic Universe had a reputation for near-perfect interpretations of its comic-book heroes, but coming up short when it came to the villains. In recent years, however, the likes of Black Panther’s Erik Killmonger, Thor: Ragnarok’s Hela and, of course, Avengers antagonist Thanos have gone some way to redressing the balance. And now, in Kang the Conqueror, the MCU may be about to unveil its biggest bad guy yet.

Contents
Who is Kang and why is he a big deal?What’s Kang’s history in the Marvel comics?What are Kang’s superpowers?Have we already seen Kang in the MCU?When are we going to see the actual Kang?

Played by Lovecraft Country’s Jonathan Majors, Kang is all set to enter the microscopic world of Ant-Man and the Wasp: Quantumania, before setting out to conquer the wider Marvel multiverse. These efforts will presumably culminate in 2025’s superhero team-up Avengers: The Kang Dynasty.

Majors has already appeared as He Who Remains in Loki, but there are plenty of questions about how that (reportedly entirely different) character ties in with his dangerous doppelganger.

In this explainer, we’ve pulled together everything you need to know about Kang the Conqueror, from his comic-book origins to how he might fit into the wider MCU. This being Marvel, concrete facts about his involvement in the movies and TV shows are thin on the ground. But when you’re looking at a character with nearly six decades of backstory, the clues are definitely out there…

Jonathan Majors already has MCU experience after appearing as He Who Remains in Loki. (Image credit: Marvel Studios 2021. All Rights Reserved.)

Who is Kang and why is he a big deal?

Kang the Conqueror may not be a household name yet, but we can expect his familiarity to start rocketing very soon – just as #Thanos became a topic of conversation after his brief cameo during the end credits of The Avengers.

As the Marvel Cinematic Universe moves into Phase 5, Kang is poised to become the MCU’s Biggest Bad, creating plenty of multiverse-spanning headaches for Earth’s Mightiest Heroes. First of all, however, he’ll be making his official big-screen debut in February 2023’s Ant-Man and the Wasp: Quantumania.

Kang the Conqueror is a genuine Marvel Comics veteran, dating back to the glory days of the early ’60s when the company was churning out iconic superheroes and supervillains at an awe-inspiring rate. Like the Fantastic Four, the Incredible Hulk, the X-Men and Thor, Kang was the brainchild of the writer/artist dream team of Stan Lee and Jack Kirby, and he made his debut in 1964’s The Avengers #8.

Kang was originally Nathaniel Richards, a genius scientist born in the 30th century of Earth-6311, aka “Other-Earth”. This version of reality was more advanced than the Earth-616 of the prime MCU timeline – basically, the Dark Ages never happened – but was also extremely prone to war. Nevertheless, a ceasefire was established after the arrival of another Nathaniel Richards, a time-traveler from Earth-616 who just happened to be the dad of Fantastic Four founder Reed Richards/Mr Fantastic – and may also have been an ancestor of his Earth-6311 namesake.

Richards-6311 wasn’t a fan of peacetime, however, and after discovering time travel tech invented by perennial Fantastic Four antagonist Victor von Doom (another potential ancestor), decided to experience history for himself. He subsequently used his knowledge of the future and mastery of advanced technology to – as his name suggests – conquer numerous worlds.

Richards’ original destination was ancient Egypt, where he ruled as Pharoah Rama-Tut. In fact, Marvel’s Rama-Tut first appeared in 1963’s Fantastic Four #19, before being retconned to become an earlier incarnation of Kang. (Other aliases the character has adopted during his timeline-hopping misadventures include Iron Lad, Scarlet Centurion, Victor Timely and Immortus.)

Rama-Tut eventually decided to return to his original time period, but his journey back to the 30th century was disrupted by a time storm that carried him to a war-ravaged 40th century Earth. With the planet’s residents now unsure how to use the past tech that was still abundant in their world, Richards seized an opportunity to take control. Assuming the Kang the Conqueror moniker, he subsequently became the ruler of Earth, before making moves on the rest of the galaxy – a course of action that repeatedly brought him into conflict with the Avengers.

As befits a character with a history of traversing universes, there are multiple Kang “variants” in the comics. The original “Prime Kang” even established a Council of Kangs with two of his most ruthless alternative selves, and they set about eliminating every other ‘lesser’ Kang in the multiverse. Prime Kang then replaced the deposed Kangs with robot duplicates so he could rule their realms remotely.

Other notable Kang variants include Kangaroo the Conqueror from Peter Porker: The Spectacular Spider-Ham, and a female Kang from Marvel’s alternative Ultimate universe.

He Who Remains may not be Kang but he definitely looks a lot like him… (Image credit: Marvel Studios 2021. All Rights Reserved.)

What are Kang’s superpowers?

Like Batman or Iron Man, Kang has no superhuman attributes beyond his genius-level intellect. Having the ability to travel through time is true the source of his power, and he navigates the space-time continuum in a time-ship capable of shifting between limitless time periods and realities.

Kang also walks around in super-advanced battle armor and has access to the most powerful weapons imaginable. In other words, there’s a strong chance he could have even an Infinity Stone-powered Thanos for breakfast.

Have we already seen Kang in the MCU?

Yes and no. Jonathan Majors, the Lovecraft Country/The Harder They Fall actor who’s long been signed up to star as Kang in the MCU, did appear in the season finale of Loki, but he was playing an entirely different character – more or less.

In Loki, Majors showed up as He Who Remains, the founder of the Time Variance Authority (TVA), the bureaucratic organization with a remit of keeping the space-time continuum on track. He resides in the so-called the Citadel at the End of Time, and it’s here that Loki and Sylvie (the trickster god’s variant from another timeline) confront him about the TVA’s ongoing efforts to suppress free will.

In a lengthy and very talky exposition scene, He Who Remains reveals that a variant of himself was once a scientist on Earth in the 31st century. He discovered that there were multiple parallel universes “stacked” on top of his own, just as other variants in other realities stumbled on the same Earth 616-shattering revelation. They subsequently made contact with one another and shared knowledge that would improve their respective worlds, but peace didn’t last for long. Soon, multiversal war erupted as each variant fought to preserve their own universe.

He Who Remains ended the conflict by using Alioth (a massive creature that consumes time and space) to isolate a single “Sacred Timeline”. He then established the TVA to manage the flow of time and ensure it didn’t stray from a pre-determined playbook.

After all those lifetimes living alone at the end of time, however, He Who Remains is tired and looking for someone to fill his shoes in the Citadel. He sees Loki and Sylvie as ideal candidates but they don’t fancy the gig – so much so that Sylvie kills He Who Remains, and plunges the timeline(s) into chaos.

He Who Remains had warned that his death would leave the Sacred Timeline exposed, and allow for countless other variants of himself to return – most of whom, he claims, are much more dangerous than he is. This prediction is seemingly borne out at the end of the Loki finale, when Loki lands in a subtly altered version of the TVA that features a massive statue of He Who Remains as its centerpiece.

Whether this new management at the TVA is Kang or another variant is unconfirmed, but it seems likely that Kang was unleashed when Sylvie killed He Who Remains.

Did He Who Remains’ very long speech offer up any clues about Kang’s MCU origins? (Image credit: Marvel Studios 2021. All Rights Reserved.)

When are we going to see the actual Kang?

Kang has long been confirmed as an antagonist in Ant-Man and the Wasp: Quantumania, the first movie released in the MCU’s Phase 5 (due in theaters February 17, 2023). Appearing on stage at this year’s San Diego Comic-Con, Majors teased that “there will be conquering”, while director Peyton Reed told the thousands in the audience that the movie will “explore the Quantum Realm, which is not always what you think it is”. Footage screened at SDCC (though not yet released publicly) also hinted strongly that this sub-microscopic world – that famously made time travel possible in Avengers: Endgame – will be where Ant-Man, the Wasp and co cross paths with Kang.

The first poster released for the movie revealed that the look of Majors’ Kang will be heavily influenced by his comic-book counterpart:

Kang’s involvement in the MCU won’t just be limited to one-off villain duties in Quantumania, however. Given that a statue of his likeness featured heavily in the first season finale, there’s a strong chance that Kang (or another variant of He Who Remains) will crop up in Loki season 2 – especially as former TVA boss Ravonna Renslayer (played by Gugu Mbatha-Raw) was romantically linked with Kang in the comics.

Meanwhile, the fact that Kang’s namechecked in the title of the fifth Avengers movie, Avengers: The Kang Dynasty (due in 2025, directed by Shang-Chi and the Legend of the Ten Rings’ Destin Daniel Cretton), implies very heavily that he’ll be Phase 6’s multiverse-threatening answer to Thanos – indeed, the use of the word “dynasty” implies multiple Kangs could be involved. We’d also expect Kang’s malign influence to carry over into Avengers: Secret Wars, the conclusion of the current cycle of MCU storytelling.

And don’t be surprised if the villain makes an appearance in the MCU’s new take on the Fantastic Four (due in November 2024) – after all, his original incarnation in the comics, Nathaniel Richards, is distantly related to the FF’s Reed Richards. Could Marvel’s first family be setting up Kang’s bid for multiversal domination?

Of course, now that Loki, Spider-Man: No Way Home and Doctor Strange in the Multiverse of Madness have opened the doors of the Marvel Cinematic Multiverse beyond the well-established Earth-616, there’s potentially no limit to the places (and times) Kang, He Who Remains and their variants could pop up.

Your Gmail is permanently changing soon – here’s what to expect 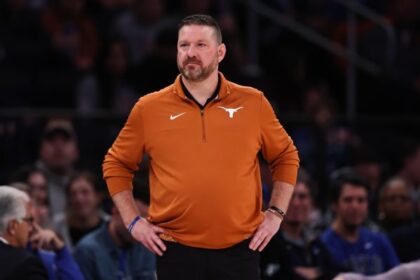 January 5, 2023
A rail strike won’t screw up your holidays. Here’s how it’ll affect you in other ways CNN.com – RSS Channel – US
Why Trump-appointed judge’s decisions are under scrutiny CNN.com – RSS Channel – HP Hero
Microsoft tightening Azure security with “granular” permissions
Zoom signs up its fastest partner yet with Oracle Red Bull Racing deal