Even when AAA game releases wind down until the next big release season, there are still plenty of delectable indie morsels that can tide you over or even create its own tasty and uniquely flavored meal.

This week we have plenty of indie games to suit any palette, from the monochrome horror of Silt to the dark rogue-like action of Cult of the Lamb or the retro game love letter Arcade Paradise.

So if you’re looking for some of the best PC games we’re playing here at TechRadar, check out our list and dive right into the buffet of delicious PC games.

Silt is described as a surreal underwater puzzle-adventure game, in which you control a deep sea diver as they explored the murky depths of the pitch black ocean to uncover its mysteries. Its monochrome palette paired with its frightening yet almost children’s picture book graphical style creates a unique blend of tension that sticks with you long after the game’s completion.

Silt plays like a classic side-scrolling platformer in which you mainly avoid both obstacles and enemies while exploring vast environment and uncover hidden secrets. Both the environments and monsters are drop dead gorgeous, with intricate details and an excellent contrast between light and dark to flesh those details out.

What is especially impressive about Silt is how fluidly the diver moves through water.  The controls are tight and responsive, refreshing for a horror game as it derives the horror aspects from the atmosphere created by the visuals, music, and sound effects rather than poor controls.

Cult of the Lamb

In the same vein as titles like The Binding of Isaac, Cult of the Lamb is a rogue-like that throws random events and enemies at you as you attempt to keep your cult happy, busy, and properly controlled. The animal-people trope gives this game even more whiplash as you witness adorable animals wielding terrifying powers or being violently killed.

For fans of the rogue-like genre, the gameplay is smooth and frenetic with excellent animation that rarely slows down. Despite its adorable look, this game is hardcore and doesn’t let up on the challenge one bit. It’s surprisingly robust, with plenty of ways to upgrade your character as well as the cult.

I really, really love the presentation. The vibrant colors, the details, the tight controls, the fact that I am playing as the cutest and most violent lamb in existence. This game is gory for sure but it offers so much more than that, which is why it’s been so talked about since its launch.

The indie scene has truly embraced the retro aesthetic, as plenty of games are developed using 8-bit and 16-bit sprite art, N64/PlayStation-esque polygon graphics, or even the 1-bit style of old Japanese PC games from the 80s and 90s.

Arcade Paradise is its own tribute to the arcade fever that shook the 80s and 90s of America. At first it seems like a first-person trash collecting simulator with some retro UI thrown in for flavor, but as soon as your character ventures into the back of the laundromat and steps into the hidden arcade room, you can truly see this game for what it is.

The trash collecting and other life-sim aspects are an excuse for you to dump coins into several retro-styled arcade machines and play some of the most addictive and well-thought out minigames I’ve ever gotten my hands on. It’s an absolute treat and would highly recommend to any millennial wanting to recapture the magic of your childhood, or even younger generations who might have missed out on the magic of old school arcades.

“Another rogue-like?”, you say with disdain. And I correct you with it’s actually a roguelite with a smug grin on my face. But this is in a completely different style from Cult of the Lamb, which was a cutesy game with unforgiven gameplay, as Last Stand: Aftermath is a more visually realistic game with somewhat more forgiving gameplay.

Part of the Last Stand series, Aftermath follows a group of people surviving a zombie apocalypse. It plays a bit like Hades, including the fact that they’re the same genre, in which the environments and enemies thrown at you are procedurally generated. There’s a strong element of resource management here, as well as plenty of other gameplay mechanics that need to be kept up with as you take down the hordes of zombies chasing after you.

There have been plenty of updates and fixes since its launch and the two-man team continues to work on polishing this hidden gem. But even now, the gameplay rarely ever gets dull and there’s tons of new content to liven up the formula. Plus, since it’s a roguelite it’s much friendlier to new players unfamiliar with the genre.

What if in Mario Golf, instead of playing a nice game of golf with your friends and frenemies, you got trapped in Golf Purgatory and had to keep golfing to become a Golfing Legend and escape? Well you can find out by playing a sprite-styled rogue-like called Cursed to Golf.

Cursed to Golf is a fully fleshed out golfing game that accurately replicates the physics of golf including swing angles and obstacles. It procedurally generates each environment in a game, creating a brand new and difficult puzzle to golf through every time.

Having to master not only each club type and use it to safely get the ball through some of the toughest sections while avoiding water and sand traps can feel diabolic at times. But the smooth animations and strong physics engine lessen the frustration and instead do what many rougue-likes fail to, which is make the difficulty feel rewarding on its own merit and not yet another obstacle to conquer. 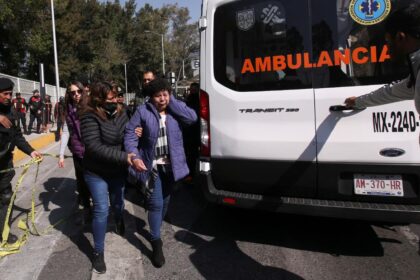