Earlier this month, Samsung unveiled the latest devices in its range of foldable smartphones: the Galaxy Z Fold 4 and Galaxy Z Flip 4. The new handsets refine the formula, with iterative improvements that add an additional layer of polish, but who are they really for?

Samsung’s glossy launch event might have implied these are mainstream consumer devices, but with starting price points of $1,899/£1,699 and $999/£999, not so. In reality, the Z Fold 4 and Z Flip 4 are likely to be found in the pockets of two types of user: enthusiasts and professionals.

In an email exchange with TechRadar Pro, Samsung explained the new devices were designed with business use cases front-of-mind, in particular the Fold. Amid the widespread shift to hybrid working, the aim was to give professionals the ultimate device for multitasking on the move.

“In our fourth generation foldables offering, we are providing users with a smart, powerful, long-lasting mobile device that flexes with their future working needs. From security to always-on service support, key partnership integration and unparalleled connectivity, this device is made for today’s hybrid workers,” said Joe Walsh, Director of B2B, Samsung UK and Ireland.

“Our new Galaxy Z Fold 4 provides a new mobile experience centred on our customers and engineered for a new era. This powerful device is perfect for secure working on the go, providing users with a comprehensive array of new business-focused features and services, while backed up by defence-grade security.”

When TechRadar Pro last chatted with Walsh, after the launch of the previous generation of devices, he spoke with conviction about the trajectory of the foldables market, despite questions over the long-term staying power of the form factor.

“The foldable form factor represents another step forward in smartphone innovation, but one that we are confident is now reaching the mainstream,” he said, at the time.

One year on, Walsh remains bullish about Samsung’s Fold and Flip series devices, buoyed by sales figures that suggest the momentum behind foldables is only building.

“Whether at home, in the office, or on the move, the modern workplace is changing. Professionals are seeking more flexibility and freedom to get their work done in a way that suits them,” he told us.

“We’re already seeing growing momentum towards foldables across our customer base. Last year, industry analysts reported that 10 million foldable smartphones shipped worldwide. That’s an industry increase of more than 300% from 2020.”

Walsh attributes the growing popularity of Samsung’s foldables to attributes that align closely with modern ways of conducting business, from powerful processors to generous screen real estate and high levels of portability.

> Our pick of the best business smartphones around

> Samsung Galaxy Z Fold 3 vs Z Fold 4: how do you improve on the best foldable out there?

He also gestured to tight integration with first- and third-party business software, like collaboration platform Microsoft Teams and Samsung DeX, which makes it easy for users to connect their phones to their business monitors.

Asked how Samsung will set about driving further adoption in business circles, Walsh explained the strategy is to lean into the strength of its product ecosystem, which includes devices like the Galaxy Book2 Business and a range of rugged smartphones.

“We know that many of our foldable fans are Samsung loyalists, with nearly half already owning at least one ecosystem device. That’s why we’ve created an ecosystem that syncs perfectly across devices no matter what life throws at them,” he said.

Although foldable devices will remain a niche component of the greater smartphone ecosystem for some time yet, Samsung has positioned itself at the forefront of a movement that could prove to be transformative.

As the technology matures, costs are bound to fall, bringing foldables to a much wider audience. But for now, Samsung has the business market in its crosshairs.

Another flurry of Samsung Galaxy S23 price leaks have turned up

I tried this air fryer bread pudding recipe from TikTok, and you can’t go wrong 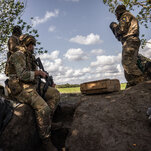